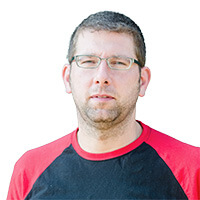 “bwe comes from the Oldenburger Münsterland, and understand 75kW - farm power stations. You only need to ask around. They plan, build, take care of the approvals, regulate the acceptance, optimise the biological process and ... well, they simply take care of everything. That’s a company you can rely on. The installers were on the building site until late in the evening.”

Gert Ruschulte makes electricity from manure, slurry and fodder remains - with the amounts that accrue daily on his farm, a lucrative form of recycling. 15 to 17 cubic metres of dairy cattle slurry, 1.6 tons of cattle manure and 400 kilogrammes of fodder remains ferment in his 75 kW farm power station.

In Ohne, a small place in South-West Lower Saxony, directly on the border to North Rhine-Westphalia, Gert Ruschulte has dedicated himself to dairy farming. About 200 cows and 160 female breeding animals are in his stalls. 105 hectare of agricultural land and three hectares of permanent pasture belong to the operation.

The 75 kW bwe biogas plant is fed exclusively with remaining materials from the operation. The aid of choice is a stationary fodder mixing machine: A worm-drive conveys the 12.5 cubic metres of solid material into the fermenter- This is the most effective feed-in technology for the farm in Ohne.

The new two container strategy makes the storage more flexible and simplifies the control. As a result of the gas also remaining in the fermentation residue store, the quality of the gas is improved immensely. An additional 3000 cubic metres of storage capacity were created on the farm.

By the way: In 2015 the dedicated farmer was awarded the CeresAward for the “Outstanding personality in the agriculture sector” by the trade journal dlz. Ruschulte shares his work with friends of agriculture via Facebook.