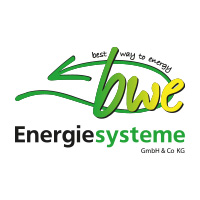 Biogas technology it is well known. Since 1990 the UK government has provided schemes in order to make use of the biogas and produce electricity. In 2000 Germany implemented the electricity feed in tariff which brought a rapid increase in renewable energies including several digesters from crop lands.

With time technology has improved, and some companies have step up with new innovations leading to more efficient plants. bwe is one of this companies and its know-how allow to improve existing plants and make them more profitable.

Furthermore, some existent AD facilities increased their input material and have the necessity to repower their plants. bwe has collaborated with them by designing and building the plant extension according the new necessities and always with the possibility to upgrade it!

An AD plant in Germany has been operating since 2002, and since 2007 with a capacity of 527 kW. In 2014 - for a fermentation residue dryer system. bwe Energiesysteme installed the biogas plant technology so that the Elberfelds can face the future with confidence.

To reduce the costs of the collection of the fermentation residue over-capacities, bwe erected a dryer system on the premises. With the help of the existing CHP, tuned to high performance by CHP, water is withdrawn from the fermentation residues. The consequence: annually 3000 to 4000 cubic metres less fermentation residue volume. The heating technicians from bwe Energiesysteme could increase the heat extraction from the combined heat and power plant to a performance of a maximum of 780 kW. It was thus possible to do without the installation of an additional CHP.

At the same time Heinrich and Michael Elberfeld extended their plant with an additional fermentation residue storage with a capacity of up to 12,000 cubic metres. The existing fermenters, stores, motors, pumps and automation had to be intelligently connected to the new one. bwe integrated the dryer system and the fermentation residue store in the existing system and technically connected the new elements from the substrate side, technically with the heating and the electricity. The electrical engineers from bwe completely rebuilt the controller, all parts automated and visualised centrally.

Thus adapted, the biogas plant can now increasingly process different substrates - maize, GPS, pig slurry and poultry excrement. With the measures from bwe Heinrich and Michael Elberfel are in a position to drive down costs and to increase income.